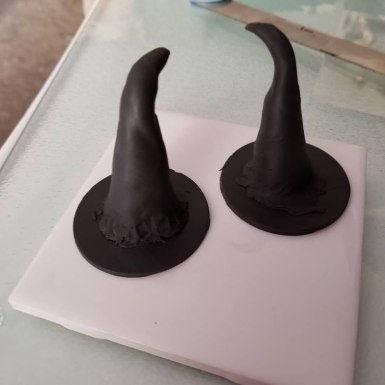 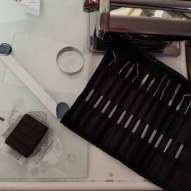 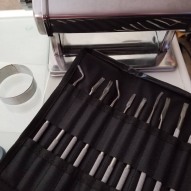 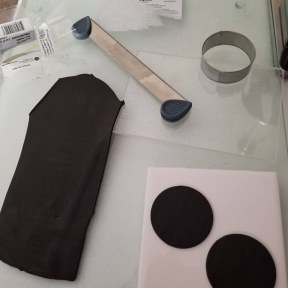 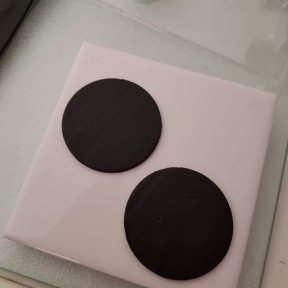 One big lesson learned from my clay yesterday, 2 oz blocks are not at all big enough. Will need to get larger blocks of black, since I know I’ll be using it a lot. It comes in up to a pound, but I don’t want the clay to get old and be a bitch to work with so 8oz will probably be it.

The Nesco was dusty inside, so I need to wash and let it dry before I attempt the first baking. All my stuff will need to be either short or baked on its back/side. I learned from youtube that you can bake on a pile of cornstarch if you need to lay something flat that shouldn’t be, so that should be OK.

I’ve never made large things in clay. They’ve always been too hard for me to move, and I didn’t trust other people to touch my work. It was bad enough in school when they’d drop something on the way to or from the kiln.

I do very much like the lack of mess with polymer. My hands were barely dirty–even using black–which was super nice. I’m going to make tiny skulls and pumpkins later to adorn the witch hats. The doo-dads will hide the imperfect bonding of the pointy part and the brim, which was my plan all along.

Want to dust the black with some shimmery eyeshadow too, but I need to look up how you do that first.